Travelling During a Career Break: A Case Study 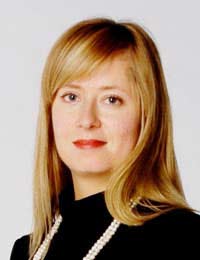 When Jane Fordham decided recently to take a career break to see the world, she was a bit worried that she'd be the odd man out. “I had thought that I'd be in the minority travelling in my thirties, but I was pleasantly surprised,” says Jane, 32, who's from Clapham, south London.

“I met lots of people of different ages who were also travelling to see the world, many of whom were on career breaks as well. And I would now argue that there are many obvious benefits of travelling when you're not that young.

I had a little bit of money and a little bit of life experience, and did not take things for granted so much. For me, travelling didn't mean one long party, it was more about experiencing different cultures and expanding my own frames of reference.”

Getting Away from it All

Jane, who's now an Associate Director at the GolinHarris public relations firm in London, decided to travel after a series of misadventures made her eager to escape from it all and think about life. On her career break she went to South America, Australia, New Zealand, South Africa and Tanzania.

“I had a bad 2006 on the personal front. I had a wedding that cooled off, and a family bereavement as well. So I thought, what I'd really like to do is something completely different, and have a break,” she says.

“I went to talk to my bosses, anticipating I would need to resign. But they took an open-minded and mature view of things, and as we both would like to work together again they told me to keep in touch, and if there are still roles for you we would love to have you back.

That is exactly what happened, and I am now doing something I am more happy with than I was before. My employers did a good job of keeping in touch with an open dialogue about a slightly lateral new role in the senior team on my return.

I've now been with them five years, including the eight months I took off to have the career break.”

Jane was lucky not only with her job, but she also managed to rent out her flat to a close friend. “Doing that also meant I had an income coming in over and above the mortgage, so I had regular pocket money when I was travelling,” she says.

“But although I had a bit of money in my back pocket most things I did at a very basic level, splashing out to do something special like a helicopter ride over the waterfalls which border Brazil and Argentina.”

In fact, most of Jane's time abroad was spent in South America. “I did a clockwise loop of all of the countries there, and doing that I found there was an incredible variety of places to visit, as far as economic prosperity, geography and so on. That was great.”

While she travelled primarily on her own, friends and family members, including her mum, came to see her in Australia, New Zealand and South Africa, although she travelled to South America entirely by herself, an experience she said has helped make her more independent.

Jane says she would "highly recommend taking a career break. Very much so. For so many reasons. She "would encourage other people to take career breaks as well, especially those in mid-career who are facing a crossroads in their lives".

Taking time out mid-career did an incredible amount for her personally, she adds, not least with her current job. "I would argue, and my employers would agree, that it gave me a new lease of life workwise, with fresh energy to come back to work. I came back because I really wanted to.

I had the most amazing time abroad and collected unforgettable experiences. I have certainly returned with a new outlook on life and happier than I’ve been in years but my bosses got a revitalised and motivated worker back. Everyone’s a winner!”