Home > Case Studies > A Break to Look After Small Children: A Case Study

A Break to Look After Small Children: A Case Study 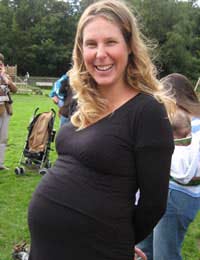 When journalist Rachel Oldroyd got pregnant with her second child, she was offered seven month's paid maternity leave. But she decided to take an additional five-month career break to spend time with her kids.

“My employers weren't unhappy about my taking extra time off as my job had changed anyway,” says Rachel, 39, who lives in north London. “The job I was doing, compiling the Mail on Sunday's Rich Report, no longer existed. So the position had been made redundant already.

“They would have to find me a new job when I came back from maternity leave, so whether I took off seven months or a year was really irrelevant. So I guess it worked well on both sides.”

Rachel's eldest, Ollie, was already three when baby Scarlet was born, and Rachel was looking forward to being a full-time mum for a while, doing things she never had time to do as a career woman. But it wasn't all smooth sailing. “Staying home for that long was great - for about ten months. Then I started to get a bit insane. I needed more,” Rachel recalls.

“There were some really nice aspects to it, it was nice to have time with a new baby, and also very precious time to spend with Ollie. I didn't regret it at all but by the end of the year I was ready to go back to work.”

Rachel says she also missed the income, as her career break was entirely unpaid. “My expenditures went down massively as I didn't have a nanny anymore, so in that respect my maternity leave pay went quite a long way. But by the end of the year it had run out,” she says.

“It was frustrating, I was living off my partner's wage rather than making a real contribution. That was weird to get my head around as it was the first time in my life that had happened.”

It was difficult at first when she went back to work - even though she had an income again, Rachel recalls. “Partly that was because I went back to basically a new job and a new set of people, doing something I had never done before. Instead of compiling the Rich Report, now I am commissioning editor for Live Magazine.

“It also took me longer to adjust because I was also dealing with the whole process of going back to work and having young children, it took longer than if I had just changed jobs. I had to get the children used to the idea of me working and dealing with all the insecurities the children were suffering made it definitely harder."

At first, starting work was difficult enough that Rachel briefly entertained second thoughts about resuming her position. “There were times I wondered if I had made the right decision going back, but now I think it was definitely the right thing to do. I feel much less guilty about working having taken the extra time off with children.

“Having a career break overall was a very good and positive time for me. It allowed me to develop a good contact with the children's school, which I wouldn't have been able to do if I was working full-time, it allowed me to make contact with my children's friends' mums, and it gave me a good understanding of what Ollie does with his life. He was four when I returned to work so that was important."

When her third child, Alfie, was born last year, Rachel took another year off. “That was definitely worth it as well. I wasn't as desperate to go back to work as I had been with Scarlet. But that's because I kept my nanny on the second time around, so during the day I had more free time and the children were very used to being with her, so it wasn't quite a wrench when I left.

“During my second career break my time was much more focused on my children however, despite having a nanny, and it was easier to return to work as I went back to my same job," she says.

"This time there was more pressure from them to go back, I think they were quite keen to get me back, so it worked out great for everyone in the end.”